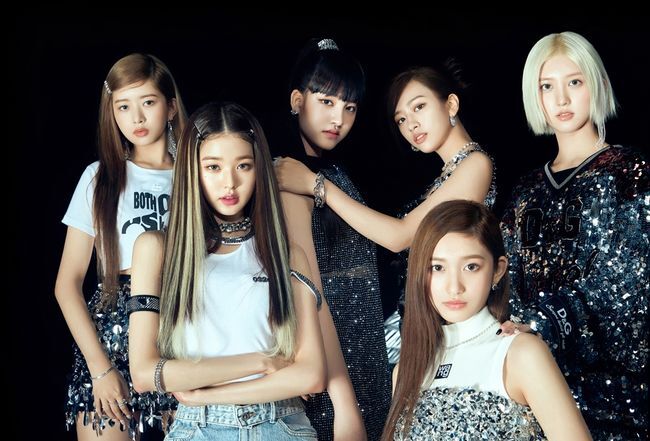 Columnist Jeff Benjamin of Billboard, a famous American music media, praised the new album by focusing on Ive's 'After Like', which came back on the 22nd.

Jeff Benjamin, a columnist specializing in K-pop, introduced Ive as "a new artist from Starship Entertainment, a Korean label that is home to many popular K-pop activities, including MONSTA X, WJSN, Jeong Se-Woon, and CRAVITY," in an article on the Billboard website. Ive, a new girl group leading a new heyday, has made a comeback with a sample of a representative disco song from the 70s. Through an interesting sampling, Ive's 'After Like' is expected to rise to the top of the hit song list again."

"Gloria Gaynor's 'I Will Survive' is hailed as one of the most successful songs in Billboard's hotback chart history. You will be able to reach it.”

Billboard is a confident message based on the group's confidence and 'self-love' by combining 'IVE' with 'LOVE' in the lyrics of lyricist Seo Ji-eum, who is collecting topics by capturing the bold message of Generation Z. He also continued to praise.

In addition, Jeff Benjamin also supported Ive's comeback through his SNS. Regarding 'After Like', he said, "Ive's new single 'After Like', which is an excellent sampling of Gloria Gaynor's 'I Will Survive', has a much bigger appeal to more pop fans," he said. It's another K-pop hit."

'After Like' was inducted into the Grammy Awards Hall of Fame in 2012 and included in Rolling Stone's Top 500 Songs, as well as won the Grammy Award for Best Disco Recording in 1980 and received great love for 'I Will Survive'. )' was borrowed and reborn as a more addictive song by reflecting Ive's unique colors and trends. Based on the kick rhythm, various genres such as EDM, pop, and house harmonize to create a splendid atmosphere.

Ive, who is continuing her global journey under the spotlight of Billboard columnist Jeff Benjamin, ranked 23rd on the 'Global Top 50' chart with 'After Like', entered the US Spotify Daily Chart at 86th, and Apple Music's 'Global Top 100' chart 46 It is also receiving a lot of love from overseas charts such as the above record.

Ive debuted in December of last year and won 13 music awards with her first single 'Eleven', followed by the second single 'Love Dive' released in April, also ranked in the top 50 on the global music site Spotify's global chart and 6 on Melon. It recorded first place on the monthly chart, and furthermore, even after the end of the activities, the streak continued and took 10 crowns. 'Love Dive' is still showing a record streak of entering the US Billboard chart for 20 weeks in a row.

On the other hand, Ive proved that he was a 'record rookie' by showing off his potential to win the Rookie of the Year (Super Rookie Award) and the Mainsang at the 'K Global Heart Dream Awards' held on the 25th. /kangsj@osen.co.kr